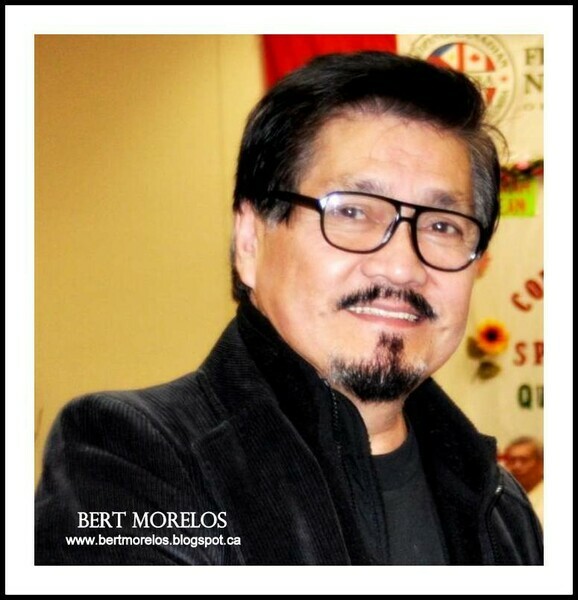 BERT MORELOS has a Bachelor of Science degree in Architecture1969-70, recipient of certificate on Planning Practice and Plan Implementation from the University of the Philippines 1973 and in 1971 became a Registered Architect in the Philippines.

Bert has been a resident of Vancouver since 1974. He gained extensive experience in the field of Architecture, design, planning, and project management. Besides Canada and the United States, he was involved in many projects in Australia, the Middle East, the Far East including China and the Philippines. From 1974-1987, Senior Designer with various Vancouver Architects for 13 years.

- From 1987-1990, Member of the Design Team of Pacific Place Design Consortium that was responsible for the design development of Li Ka-Shing’s Concord Pacific Place. Concord Pacific Place is an award-winning 80 hectares design community in 1988. It is a mixed use development of the former Expo 86 site.
- From 1990-1994, In-house Designer and Coordinator, Concord Pacific Developments Ltd. He coordinated different projects of the company with different Architects.
- From 1994-1997, Designer and Development Consultants to different Architects and Developers such as: Arch. Stanley Kwok, Arch. Michael Geller , The Hulbert Group, Arch. Russ Hollingsworth, Arch. Bruno Freschi, StudioOne Architecture, Polygon, Bosa Dev. Corp. Ledingham Construction and other Architects and developers.
- From 1997-2006, Development Manager and In-house Designer, United Properties Ltd. He has travelled extensively to the States working with local Architects and builders building the company’s projects.
- From 2006-2009, Vice President of Planning and Design of Westmana Development Ltd.

At present, Bert is a Development Consultant for Stanley Kwok Consultants Inc. and Michael Geller, Architect doing a lot of design and master planning projects of different places in Canada and China.

Bert is a Mentor to those newly arrival professionals assisting them to find jobs pertaining to their professions. He loves to travel, to draw, to paint and to dance. He likes music and photography.

GUEST ARTIST: “My Passion In Painting” by Bert Morelos 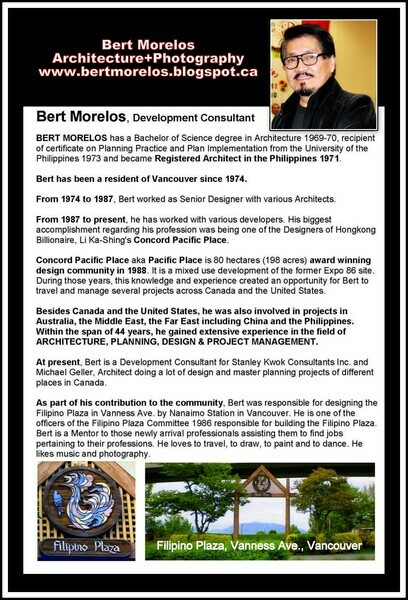